For many many years he had been in jail, if you asked him why he would not tell. Some people said he had stolen money, others said he had taken a bunny.

But in his little heart Siegfried knew he was free, he had simply followed his curiosity. Now everyday he tried to think, of a way to escape, to get out of the clink.

Then one day when he was in the shower, he saw all the soapy bubbles floating high like a tower. “Ah ha!” he cried, “I know what to do. I will float on the bubbles, way up into the big blue!” 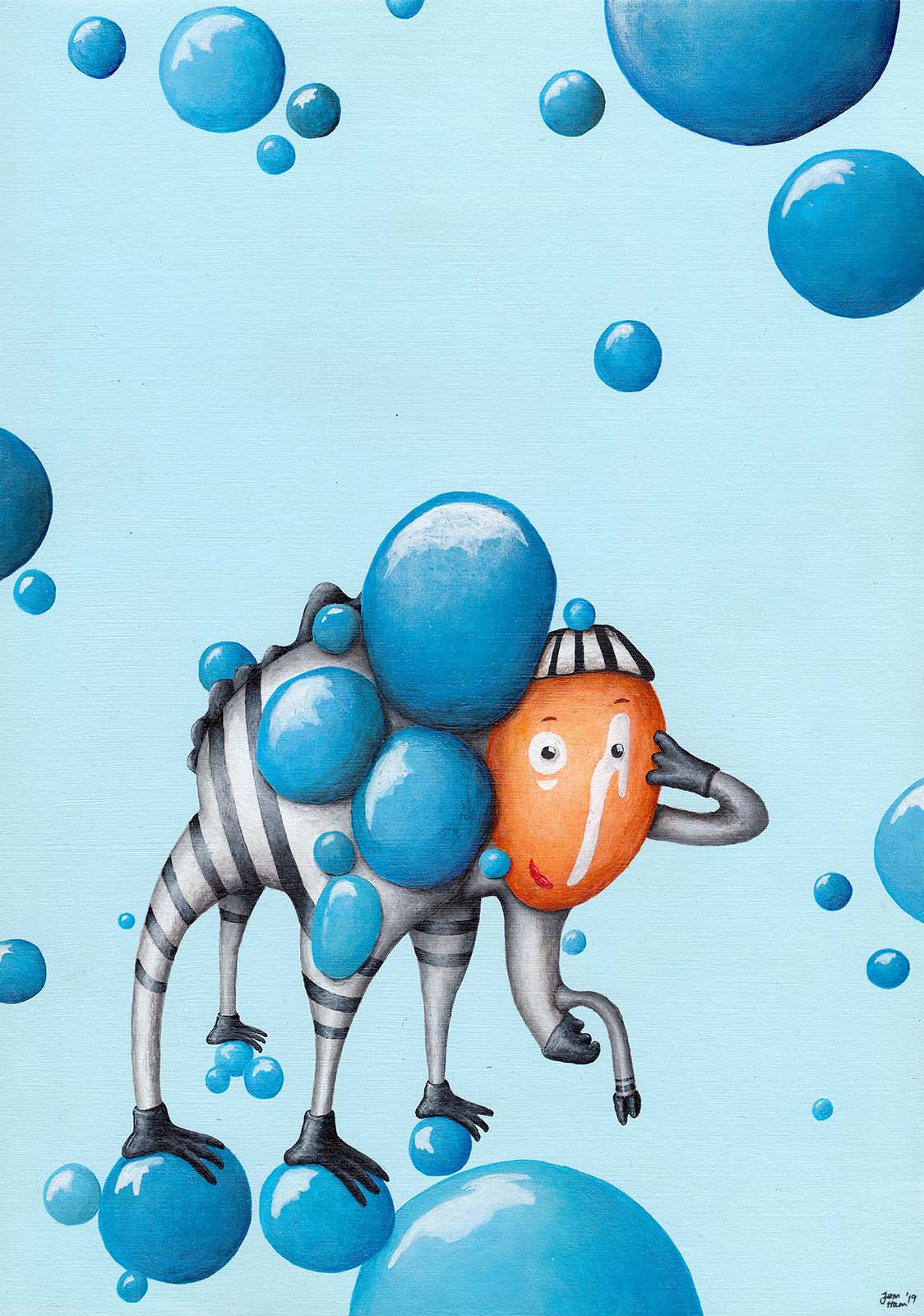